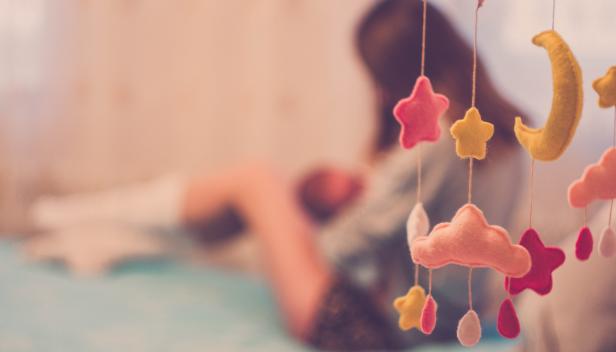 Tessa and Paolo cared for baby Alice from ten months old through Coram’s early permanence scheme, going on to adopt her in October 2021.

Tessa and Paolo have a birth daughter, Lara, and wanted to expand their family through adoption.

Through Coram, Tessa and Paolo became aware of early permanence, which enables younger children to be placed with carers who are approved to adopt them later, if the courts decide they cannot be cared for permanently by their birth family. Early permanence carers are approved as adoptive parents but also receive additional high-quality and intensive training and support from Coram to help them prepare for the process of being a foster carer as well, which involves working with the professional network around the child, contact meetings with the birth family, and managing a return of the child to their birth family where this is the outcome.

Tessa and Paolo say that they were drawn to Coram as “leaders of early permanence” and decided this would be the best route for their family, as Paolo explains: “With ‘regular’ adoption, it tends to be older children and this wouldn’t be right for Lara – if we adopted a child of a similar age, there would be an overlap in their needs.” He adds: “Early permanence is a great option because it gives stability and continuity to a young child and the early years are so important for their development. The adults are the ones who take the burden of the stress so that a child can have a much better start in life.”

Tessa and Paolo started the early permanence training process with Coram and were supported in how to talk to Lara about the process, as Tessa says: “She had huge hopes for a sibling, so we had to talk about it more in terms of having a ‘foster sibling’ and that it might be temporary, just to help her to get prepared and not get her hopes up too much.”

A while after completing their training, Tessa and Paolo were told about a little girl called Alice, aged 10 months. Alice had been with her birth mum until the age of five months then taken into care due to neglect and was now being cared for by her grandparents.

Tessa and Paolo were happy to progress and several weeks later they met Alice for the first time at her grandparents’ house. Tessa recalls:

“The meeting gave us the chance to meet members of Alice’s birth family and learn more about her background and why she was taken into care. Her grandparents really wanted the best for Alice and to keep her safe.”

Things progressed very quickly and later that week Alice moved in with the family. Lara was very excited to meet Alice and “overjoyed” to have her as her foster sister.

Throughout this time, Tessa and Paolo had regular contact meetings with Alice’s birth parents, firstly face-to-face, and then online due to the Covid-19 lockdown restrictions at that time. The decision on Alice’s future took longer than hoped, partly because of delays in the courts due to the pandemic.

The restrictions also meant they had less contact with their family and friends, but Tessa and Paolo say that Coram was a big support through this time:

“Our social worker went above and beyond. She was always there to help with our questions or when we were feeling uncertain, giving us sensible and informed responses. Knowing there was someone at Coram we could always talk to was really important, we really valued that.”

In October 2021, Tessa and Paolo received the call to let them know the decision had been made in the courts – they would officially become Alice’s adoptive parents. Tessa said: “It felt amazing. A weight had been lifted. Everyone was really happy. We held a mini adoption party for Alice to celebrate.”

On their advice to others considering early permanence, Paolo says: “It’s an invaluable way of getting a secure start for a child. It does require some stoicism, you need to be sure and be there to support each other, as there’s that possibility the outcome may not be what you want. We’d always think back to the start of the process and remind ourselves of what we had set out to do. It’s so important as it’s the rest of a child’s life.”

Alice is now thriving, meeting all her milestones, and has a good relationship with Lara. Paolo says:

“Alice is full of life, she bounds in the room and wants to play. She loves nursery and spending time with her friends. She’s incredibly sociable and bright. She’ll ask when Lara is coming home and they love playing games and dressing up and reading together.”

Whilst Tessa and Paolo haven’t needed to access any adoption support from Coram yet, they know it’s there if they need to in the future. They are also working on a new life story book for Alice to help her with her understanding of her early life. Tessa says:

“Through the early permanence scheme, we have learned so much information about Alice’s early life and feel privileged that we met her birth family. This will all help Alice with any questions she has as she grows up.”