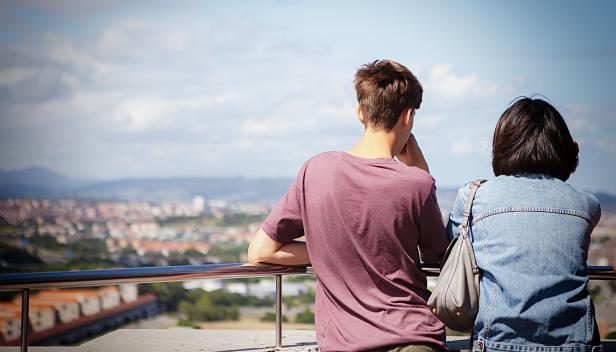 Sophie, 55, is a single adopter who lives in North London with her 16 year old son, Jordan, who she adopted at the age of seven in 2011.

Sophie started looking into adoption in her mid-forties after not having met anyone she felt she could start a family with.

As a single adopter Sophie was told that she would likely be matched with a child who was of school age. Sophie was shortlisted for two children and one of the many reasons she was drawn to Jordan’s profile was because of their mutual love of reading, something which continues today.

All in all the adoption process took around 18 months to complete: “the process took just the right amount of time to complete, as I had the opportunity to get my head around everything.”

Before the adoption was finalised, Sophie attended a prep group: “I took my sister to the prep group, which took place one day a week over four weeks. It was absolutely brilliant! I still use and remember a lot of the things they told us even eight years on.”

Support when I needed it

When Jordan reached the age of 11 and was starting secondary school, Sophie attended the Stop programme at Coram, which is a parenting programme for parents of teenagers.  Sophie says: “the parenting techniques were absolutely outstanding. I learned things that I tell my friends that have birth children. I think I am so lucky to have had that instruction.”

Of Coram’s post adoption support overall, Sophie says: “I have found it to be superb, absolutely faultless, I could not ask for more and better support than I’ve had – and that’s not just for Jordan, but for me just as much. It’s been outstanding."

Sophie works full time as a university administrator and says the financial situation can be difficult. She does not have any female friends that work full time, simply because they do not have to. She does add however, that she has a group of friends who are single mums and adopted at the same time, who she keeps in touch with and who support each other.

Since adopting Jordan, Sophie says his aspirations have changed. For the first three to four years of living with Sophie, Jordan would say he wanted a job as a cleaner, when asked about his future goals. Now he’s at college training to become a paramedic. He also passed seven out of his eight GCSEs saying: “Mum, that’s better than anyone else in my family has done before.”

After adopting Jordan and becoming a parent, Sophie says her ability to listen has developed a hundred fold: “I will stop what I’m doing and 100% listen to him. The impact of being 100% present for your child is so positive.”

To others thinking of adopting, Sophie says: “do it, do it, it’s the best thing! I think it’s better than having a birth child, I could have never have produced someone as wonderful as Jordan. He’s a beacon of equality and diversity.  He’s just a really, really great person – everyone should have a Jordan!”

“Drop all your preconceptions about what adoption is about. You cannot have any comprehension of what your child has been through, but also they are so resilient and boy, can they build their own brilliant life.” - Sophie

Navigating being a single parent

Sophie had no worries about being a single adopter and though parenting is hard, she finds being a single parent straightforward as it’s just her making the key decisions.  She adds that: “It’s really great being a team of two and we work really well together. I can also give him a role model that is not gender based, I’m both mum and dad and that is really positive for him.”

For other single adopters, Sophie says the most important thing is to have a mentor and as well as other friends who have adopted. She also says don’t be afraid to ask for help and advice: “I do it all the time, as soon as I’m not sure about something, I don’t feel I have to make that decision alone. I go to my sister, I go to Coram, I go to my adoption group.”

The support Sophie has received has helped her throughout her adoption experience, enabling her to be the best parent: “I think I’m a better parent for all the help I’ve had. I’m able to understand my child more than friends who have had birth children because of the support I’ve had, I feel really lucky.”

“Life post-adoption is brilliant, I love being a mum, it has far exceeded any of my hopes and expectations.” - Sophie