Sam finds his family at an Adoption Activity Day 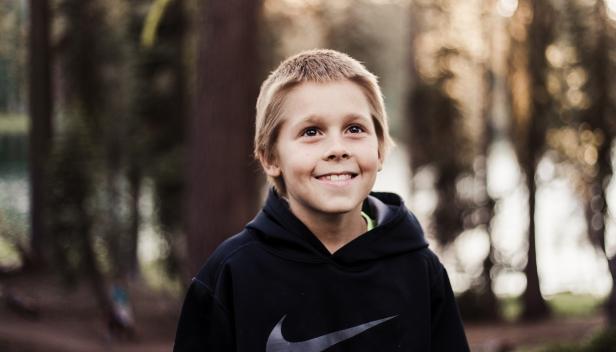 By a social worker at a local authority

Sam’s early life experience had been scary and unpredictable and for a long time he struggled to trust and form secure attachments.

With a delay in his expressive language Sam found it difficult to verbalise his feelings and communicated through his mood or behaviour. However, with the help of a highly nurturing team of professionals including his amazing foster carers, social worker and school, Sam started to heal.

In September last year Sam was made subject to a Placement Order and we began Family Finding. We had high aspirations of finding the right family for him but also lots of apprehension as he was a seven year old boy with assessed emotional needs. In adoption terms, a ‘harder to place’ child; in real terms, a delightful, confident little boy with a big personality who is curious, interested in the world and asks lots of questions! Like many seven year old boys, Sam loves karate, football, climbing frames, and dressing up as Spiderman.

Sam was profiled at numerous family finding events and featured in our national profile booklet and in Children Who Wait. During this time we had only received one expression of interest, which didn’t proceed further than an initial exchange of information.

In March 2019 Sam attended an Adoption Activity Day. On the day Sam woke up and shouted “it's adoption day!” At the time he had been in foster care for two years and was ready to find a family. He had been well prepared and knew he would get to have lots fun, would get to play with other children waiting to be adopted and would get to meet adoptive parents who were thinking about adopting a child. Sam knew this was one of the many ways we were trying to find him the right family.

Sam is an affectionate little boy who greets his dads every morning with a beaming smile and has told us his “new family make him happy."

Sam had expressed a wish for two dads to his social worker. He had always had a tricky time females and so two dads felt safer for him. On the day he met Chris and Marcus and there was an instant connection. Coincidently, the couple had recently seen Sam on Adoption Link and had felt a connection to him but had not felt confident enough at that stage to pursue an enquiry. Although Sam had expressed a wish to have two dads, how would we help him trust females and sustain positive relationships with females in the future?

Chris and Marcus did not just enjoying the interaction with Sam, but when we spoke to them they were also starting to think about therapeutically parenting this little boy and what this could mean. They were also insightful about how they could ensure Sam continued to have positive and nurturing relationships with females in the future. Chris and Marcus were a warm, nurturing couple who were very open to developing their skills as parents. They did not have a set parenting style and were therefore open to parenting in a way that suited Sam.

On reading the Prospective Adopters Report the team around Sam felt strongly that Chris and Marcus were the right family and we quickly proceeded to a Matching Meeting and Adoption Panel soon followed. Sam moved to his new family three months after the Adoption Activity Day and is doing well. The early stages of placement have not been without their challenges for the family and Chris and Marcus have used the package of therapeutic support available to them to find strategies for helping Sam feel safe and build attachment, but it is working. Sam is an affectionate little boy who greets his dads every morning with a beaming smile and has told us his “new family make him happy.”

Find out more about Adoption Activity Days near you