Our lives have changed in every way! 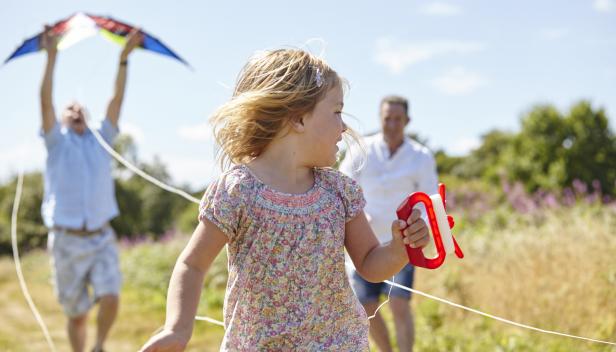 James and Liam share why they chose Coram to adopt their daughter, and what it's like being a family.

Charlotte was ten months old when she was adopted by James and Liam two years ago and has since settled in well with her forever family.  James says, “we spoke about having a family early on in our relationship and decided adoption was the way we would try to do it”.

Initially, James and Liam had approached a few adoption agencies and local authorities before choosing Coram.

“A large part of us choosing Coram was the clear support for LGBT adopters, their professionalism and the support network they have in place for people”.

The last two years have been a huge journey for the family and they have had Coram’s support throughout. James says, “The initial part of the approval process was quite draining emotionally but we had each other and our brilliant social worker. You think you can anticipate how you will feel but it’s overwhelming how much love and joy a child brings to your life.”

The process from initial enquiry to being approved took just over a year. Once approved, James and Liam were given Charlotte’s case file the following week. “Charlotte was with her foster family for three months before she came to us. The transition was handled well, but as any adopter will tell you, introductions are a difficult part of the process. Charlotte was amazing and adjusted to her new home as well as anyone could possibly expect from a little baby having experienced what she went through”.

More than two years on, Charlotte is now settled and doing well. “Charlotte is an amazing little girl. She is so positive and approaches everything with joy and happiness. Everyone who spends time with Charlotte falls in love with her. She has four adoptive grandparents and has developed a close relationship with them all. Charlotte is also naturally musical – she loves singing and has started playing the violin”.

James, Liam and Charlotte have taken up some of the services Coram offers and have attended ‘Life Story’ workshops for the past few years. The aim of these is to help adopters share information with their children about their past. “The Life Story workshops have been helpful. Charlotte is very interested in her life story book and enjoys reading through it with us. We have two different books and are currently making a third one. We plan to make a new one each year adding more information each time.” They have also had support from Coram’s adoption support helpline and will be attending the ‘Incredible Years’ parenting workshop in the New Year.

James has already recommended Coram to others looking to adopt - “our lives have changed in every way, all for the better!”